The fair use policies will be applied to the TurboNet and FiberNet subscription at the beginning of July this year. ExpressNet and TurboNet will also benefit from a speed increase (30Mbps instead of 25Mbps). The first of the two will not be upgraded to fair use but its traffic limit will be increased multiple   ...

Quote
Attempt to configure Terminal Server failed with the error code 0x8004005.
Error HRESULT E_FAIL has been returned from a call to a COM component.

Uninstall the Terminal Services role (entirely, including all sub roles).

Direct download links to Adobe products through FTP
by lunarg on February 2nd 2010, at 17:53

Adobe has an FTP site available where you can directly download installers and updates of their products, without going through the site, license agreements and download managers.

For PDF reading, the direct links are:

Remote Desktop Manager 5.7.1 released
by lunarg on February 2nd 2010, at 14:30
Devolutions has come up with a new release of their Remote Desktop Manager: a software tool allowing management of all your remote connections (like VNC, RDP, SSH) and so much more. Its latest version is a vast improvement over their previous stable releases, and is a must-have tool for all ICT employees out there with a lot of remote connections to manage (such as myself).

It comes in two flavours:

The Standard Edition is freeware and houses the majority of the features. It allows the storage to various datasources, including MS Access (containing shared access if you will).

The Enterprise Edition is not free, but has some advanced features, such as password saving to a shared datasource  ...

Incoming PPTP VPN passthrough on OpenWRT
by lunarg on February 1st 2010, at 16:46
To set up a Windows PPTP VPN server behind your OpenWRT enabled router, you need to forward the necessary ports and protocols, and install the proper modules.

Finding information about how to do this was a lengthy process. I never actually found the necessary info (although I noticed there are quite a few people which are rather clueless about networking; makes me wonder why they're bothering with OpenWRT in the first place, it's not the easiest firmware out there).
But I've managed to compile the bits and pieces of various sources into a coherent mass. It's not a guide in the literal sense, but will tell you want you need, assuming you do know your way around OpenWRT.

When you're unable to send e-mail directly to the internet (using MX), you probably have to set up a SmartHost to relay the e-mail for you. This is basically your ISP's SMTP server, but can be another server as well.
In certain cases, the default SMTP port (port 25) cannot be used to connect to the SmartHost, so you have to change this to something else. Gmail for instance, uses port 587 for SMTP. Other 3rd party mail services use this (or another port) as well to circumvent spam protection initiated by a lot  ...

To do this, start a command prompt, and type in:

This shows all wireless interfaces on your system. When your wireless is active and connected to an AP, you get output similar to this:

Take screenshots on Mac OSX
by lunarg on January 19th 2010, at 21:16
Taking screenshots in Mac OSX uses Preview.
Inside Preview, you can use the menu to capture screens, but that's not very handy when you're working in other programs.

Luckily, there are some global shortcuts available that implement every way of capturing. As I always forget what they are, and I'm sure others forget this all the time as well, here's a short list.

Configure Exchange Server Auto-Discovery
by lunarg on January 18th 2010, at 13:30
When you are running an Exchange server, and have your users access the server from outside the company network, you usually have to open up access to OWA. This enables users to access their mail, contacts and appointments by using an internet browser. Occassionally, someone also has a ActiveSync enabled phone that they would like to use. This protocol also uses OWA for syncing data. And very rarely, there's also a guy (usually the CEO) who simply wants to use its Outlook to connect - this is possible through web as well using RPC-over-HTTP(S), but that's information for another blog post (on another day in the far far future...) .

One of the hassles when configuring this, is the fact that   ...

Updating your Blackberry OS
by lunarg on January 15th 2010, at 12:00
Once in a while, it may become necessary to update the Blackberry OS to a newer version. I've noticed with the service providers in Belgium that they are usually some versions behind. If whenever you need to run an application that requires a more sane (recent) version of the BB OS, you get stuck because you cannot install and/or run it.

Now you may wonder what the problem is?
Indeed, one can download the latest version from the Blackberry site, but doing so may actually break your setup, as there are quite a few things to consider:

Does your device support the new OS?

Does your service provider support the new OS?

If you are running BES, is it new enough to support the new OS?

Blackberry Enterprise sync mysteriously stops working
by lunarg on January 14th 2010, at 16:07
Had a problem with a client of ours, running Blackberry Enterprise Manager. One of the devices, a Blackberry 8820, stopped receiving any sync messages. Internet on the device kept working, and the internet e-mail account worked as well, but all communication between the BES and the device failed.

The first thing I did was to completely wipe the device, as I assumed there was a problem with the pairing between the server and the thing. But when I tried to reactivate it, it indefinitely hung on the first phase:

As I was troubleshooting using the support site of Blackberry (where they explain the steps that occur when activating), I noticed that the activation e-  ...

Still no luck with my new computer. With the holidays (or so I'd like to believe), I still haven't received the memory, videocard, and disks. Guess I'll have to be training my patience some more.
But it's not all hopeless: the BD/DVD-combo drive did arrive last week, so at least I'll be able to build in that. Joy!

The reason for this is that a rule exists which would add an additional score of 3.2 to mails with a date set to 2010, because when the rule was created, the date would be in the very far future. Of course, this is no longer the case.

The bug was already discovered in 2008, and resolved in the SpamAssassin repositories, but was not backported to 3.2 until 2010-01-01, when the issue was discovered by Mike Cardwell, a developer in the UK.

Users with this problem can easily resolve it by updating the rules:

This changes the regexp so it exclude  ... 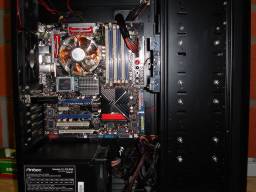 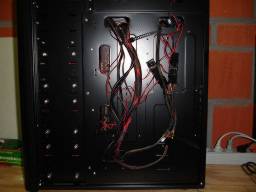 Colibri, the Quicksilver alternative for Windows
by lunarg on December 21st 2009, at 16:37

Colibri, the Quicksilver alternative for Windows...

DSRM password on an SBS 2008
by lunarg on December 20th 2009, at 20:54
When you have a working SBS 2008 server, and don't know the password to get into Directory Services Restore Mode, you might want to reset it to something you do know.
You will need this when for instance, the AD gets screwed up, or, in case of SBS, you get locked out (even though you're an Administrator).

With the installation of the SBS, the DSRM password will be the same as the password you enter for the Administrator account. So, if the password hasn't changed, or you still remember it, try that one first.

Open up a command prompt, and start ntdsut  ...

Resetting domain password on a SBS 2008
by lunarg on December 17th 2009, at 22:40
If you ever happen to get locked out of a SBS 2008 system, with no way to get back in as Administrator (it's easier than you might think), use the instructions in this blog should get you back up and running.
Note that you will have to have physical access to the server, or else it will be very challenging to solve the problem.
The content of this has been tested for real on an SBS 2008 which had this problem. Check out the bottom of the page for the sources I used to compile this post.

In order to get in the server, we need some way of an account and password. As the SBS is a domain controller, you can't simply use the local Administrator account...  ...

The Horror of SBS 2008: part 1
by lunarg on December 17th 2009, at 22:39
Microsoft has invented Windows Small Business Server for small to medium businesses. This, in itself, is not a bad idea. It allows small businesses to enjoy the capabilities and functions of a Windows Server with Exchange and more, for a fraction of the price it would be when buying standard editions of the components.

Unfortunately, Microsoft's idea is that small businesses probably don't have IT outsourcing, so they wizard everything up, and basically add a whole bunch of constraints and this-is-how-you-should-do-it's. Although Microsoft isn't all that wrong about this policy, they forgot about the number one rule: less is more.

I came across this application when I was looking into software that does just that:

It enables synchronization of Outlook/Exchange folders with a relational database; anything with an ODBC driver is supported (MS-SQL, MySQL, ...).