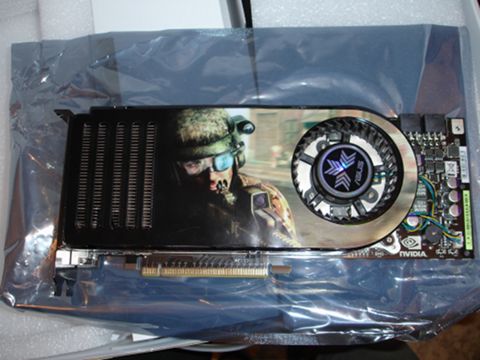 Using TWAIN with Word 2007 in Vista/7
by lunarg on October 30th 2009, at 13:26
Since Office 2007 (and Vista), TWAIN has been kicked out in favour of WIA. As a result, it is no longer possible to use your favourite and robust TWAIN based scanner with Office 2007.
Most scanners come with the necessary software, and thus, you can circumvent the issue by using their software. However, there are various scanners - notably, office network scanners, like those on copiers, do not have such a tool. They have their driver's internal system which is callable in other software (like Office-applications). In the event that the driver is only supporting TWAIN interface for image acquisition, they do not show up in Vista's scanner list, and therefore, they cannot be used by Office 20  ...

MacOSX: unlocking locked files
by lunarg on October 28th 2009, at 15:50
Ran into an issue where I could not unlock files that were copied from a network location to local disk. The files were marked as being locked, but I was unable to unlock them (through Finder), even though I had all proper rights. Additionally, chmod as root (= user with the highest privileges) did not work either.

The solution to my issue was to manually override the locked flag of those files, from within a Terminal.

Additionally, I found that it sometimes is easier to completely reset/clear an ACL, and start over, rather than trying to fix the ACL. This can also be done in a Terminal.

BSOD in a VirtualBox guest when it has been moved
by lunarg on October 5th 2009, at 21:49
When running a Windows XP or 2003 in VirtualBox, under certain circumstances, the guest may generate a BSOD when booting. The message of the BSOD is a:

It is accompagnied by a referral to processr.sys, intelppm.sys or p3.sys, depending on the CPU used to install the machine.

The reason for this BSOD is a problem with these drivers, trying to perform an unsupported operation inside the virtual machine (like updating microcode or changing the power state of the CPU).
The issue usually surfaces when the guest machine is moved to a different system with different CPU time.

To resolve the issue, the processor drivers have to be disabled. T  ...

Keep-alive issues when proxying IIS with Apache2
by lunarg on September 8th 2009, at 18:26
We had a bit of trouble with an Apache2 server, configured as a front-end proxy for a IIS running various different sites. The idea for this has grown because of the fact that our client had only one public IP address at the time, but had to run multiple sites. Rather than running the sites in IIS on different ports, we setup the Apache2 to proxy requests to the IIS back-end, so the sites were accessible by means of sub-urls.
E.g.:

For this, we used mod_proxy, and the ProxyPass and ProxyPassReverse.

Lately, our client complained of regular errors when surfing the sites. Apache2 would give HTTP error 502 (Bad gateway) on the page  ...

Set up VNC in Mac OSX
by lunarg on September 7th 2009, at 20:34
Did you know that since version 10.4, Mac OSX has a VNC server built in? It was originally implemented to have remote control and management. Since 10.5 (where Apple Remote Desktop was implemented for remote managing), they have renamed it to screen sharing, but the principal remains the same.

The following guidelines are for Mac OSX 10.6, but they are roughly the same for other versions.

Find the icon that says Sharing.

In the list of services at the left, select and enable Screen Sharing by ticking its checkbox.

By default, no authentication is set, and so, you cannot yet use VNC. To set the password, click o  ...

If you're looking for a better defrag, check out UltraDefrag:

Some highlights of the software (as told on their site):

During the course of the lifetime of a Windows Installation, you're bound to stack up on one or more devices that no longer exist. Additionally, some device (existing or not) with an attitude, could very well make your life a living hell.
Luckily, there's a solution, with this cool software:

Router appliance
by lunarg on April 29th 2009, at 19:48
Acquired a new appliance from Mini-ITX, which is to replace my current WRT54GL (flashed with OpenWRT White Russian).

Got the patch from here, but for your convenience, I've attached it to this article too.

Alright. Wait around a bit, and it'll be done. Don't ask me when, because I'm terrible at guessing.

What? Me? Do you have any idea what you're asking of me? It requires careful planning: first see whether it all fits on your card, then calculating the time, and even then, I'm not sure if I'll do it. Maybe you should check back tomorrow; maybe I've gotten around to it by then, just maybe...

If you're using NAT for networking with your VMs, you need to use port forwarding if you want to access a VM from the outside network. This is a quick and dirty howto on how to do this in linux.

Fire up a terminal, and enter these commands:

Got a link to this article about best practices on keeping your inbox as empty as possible. Very useful for those that get a lot of mail at work:

[Gentoo] No module named collections error with portage
by lunarg on March 26th 2008, at 13:17
Had an issue on my PC at work with a corrupt reiser4 filesystem (still no clue as to why). I managed to repair the FS using RiP-Linux, but not without some data loss. After reviewing lost+found, I found most files related to some HTML cache of Konqueror, but fsck.reiser4 complained about a file that could not be recovered.
After awhile, I tried running emerge to install some new package, and there it was: a broken portage...

The error I got:

!!! Failed to complete portage imports. There are internal modules for !!! portage and failure here indicates that you have a problem with your !!! installation of portage. Please try a rescue portage located in the  !!! portage tree und  ...

Vista: printing to shared network printers
by lunarg on March 13th 2008, at 11:30
When printing from a Vista computer to a shared computer, you notice the following:

Selecting printers in the Print dialog is slow.

The real reason is unknown, but Vista seems to have a problem with excessive querying of the printer. Along with the usual slowdowns of network traffic, this causes serious slowdowns.

The trick is to have Vista believe it is dealing with a local printer, rather than a shared printer. This is done by specifying a Local printer port, pointing to the share, then configure the printer on that port:

Open Printers, and then Server Properties.

Namesys, the commercial developer of the Reiser4 filesystem, still has its website down. However, the source code and development is still going on, and can be retrieved at:

A good thing, because it would be a shame to lose such a good filesystem...

A collegue sent me this link. It's a list of most (if not, all) LiveCDs currently available, with links to their respective websites. Additionally, they have been classified according to functionality.

Quote
« I needed a password with eight characters so I picked Snow White and the Seven Dwarves. »