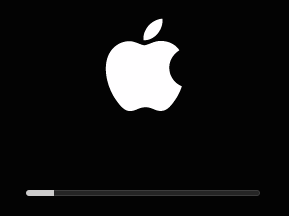 OS supported SMB versions
edited by on June 3rd 2015, at 15:09
SMB (Server Message Block) is an application protocol, most commonly used for file and printer sharing. Although it was originally designed by IBM for use in OS/2, it has been adopted and improved upon by Microsoft as the primary protocol for file and printer sharing in their Windows for Workgroup. It has been in use ever since on Windows and a myriad of other OS flavours.

Although SMB is proprietary to Microsoft, SMB is also available on linux (through Samba), Apple (first Samba, then later, Apple's own SMBX), and a myriad of other OS vendors. In fact, Apple has replaced their own AFP in favour of SMB in their latest releases of Mac OSX. SMB has become the most commonly used protocol for f  ...

Certain smartcard readers not detected after upgrade to OS X Mavericks
edited by on April 27th 2015, at 10:59
Smartcard readers that use the OpenSC PCSC daemon in order to work may no longer work after upgrading your Mac OSX to Mavericks (10.9). This is because of a problem that occurs with the PCSCD after the upgrade. Affected card readers are all that use this daemon for its communication. Examples are most ACR38U-based card readers, certain Vasco DIGIPASS readers, and some others.

The solution is to re-install the PCSCD package, which will fix corruption and make sure the daemon is started properly, enabling the card reader again.

Install this package. Note that you may have to circumvent the built-in application security, as  ...

If you have a Time Machine backup with iPhoto 9.4.3, you could restore it from there. If not, you need the original software CD you used to install iPhoto on OSX Lion. If you do not have that either, there are other ways to get it, but this would be out of scope fo  ...

If you need iPhoto version 9.4.7, which was included in the OSX Mavericks GM release, here's the download link:

Do not install if you're not running OSX Mavericks!
There's no version check during installation, so attempting to install on an unsupported OSX version will break iPhoto.

If needed, you can use the iPhoto Library Upgrader to downgrade your library of iPhoto to an earlier version. In the tool, choose Rebuild library to do this. Do note that some of the features introduced in later versions of iPhoto will be erased from the library.

The most tricky part is probably opening up the Mac. As I did not have a putty knife at hand, I used a rack cage nut mounting tool to create an opening,  and a very thin flathead screw driver to pry the case off, as explained in the guide.

I'ved noticed the Airport Configuration Utility from Apple requires "elevation" (= run as administrator) to work properly on a Windows 8/8.1.

If it still throws out an error after connecting, try disabling IPv6, then reboot.

Create a OSX Mavericks / Yosemite USB installer
edited by on March 16th 2015, at 11:09
EDIT: added Yosemite (it's exactly the same as for Mavericks).

Creating an USB installer for Mac OSX Mavericks or Yosemite is a little different than previous releases. The InstallESD.dmg no longer contains the complete bootable installation files, so writing that image to an USB stick is no longer a valid option.

There's now a tool within the downloaded OSX Mavericks or OSX Yosemite app which creates a bootable volume with all the required files for installation from a media. You can then unleash the command on any mounted volume (including disk images), provided they are big enough. For USB or other flash media, you'll need at least 8GB or more.

Google Chrome v39 introduces a new Avatar menu, which is now permanently displayed at the top-right corner of each window.

The only way to get rid of it is through the "experimental" flags. Type the following in the address bar to reveal the flag:

Set it to Disabled to turn it off, then restart Chrome entirely to apply the changes.

Note that this also works under Mac and linux.

If you have the Only-Search adware troubling you, you can download and run AdwareMedic. This is a simple and free adware removal tool.

A complete list of firmware updates of all Intel-based Macs can be found here, together with download links:

Since a recent update of OSX, there's an issue with the Java-plugin not being active, even though Java Control Panel says it is. This is because in Safari the plugin is still set to inactive.

To resolve, surf with Safari to www.java.com/nl/download/testjava.jsp. You see the Java website with in the center the notification that the plugin is not active. Click on the text to re-active the plugin.

Deleting an account in Apple Mail deletes e-mail messages
edited by on October 17th 2012, at 09:21

Be careful when deleting a POP3-account in Apple Mail. Doing so will also remove all messages from the folders Inbox, Sent items and Trash, even if they are no longer on the server and only available offline.

To prevent this from happening, move/copy all messages to folders created inside the On My Mac section. These are folders that are kept locally and will not be affected when removing accounts. After which, you can safely remove the account.