I had an issue where a forwarder service would not work even though all settings were correctly configured (firewall/LM/real server). When troubleshooting using on the LM itself (using tcpdump), I noticed that forwarded requests (from the LB to the real server) were been sent out using the right interface but with the wrong source IP, causing return traffic not to work. As it was a migration from an older Kemp LM, I established the configuration was indeed correct but there was another reason why it was not working.

After some more troubleshooting and comparing against the backup from the original LM (backup files are in fact TGZ-archives and can be unpacked), and found these settings to be missing from the advanced networking configuration at the LM level: 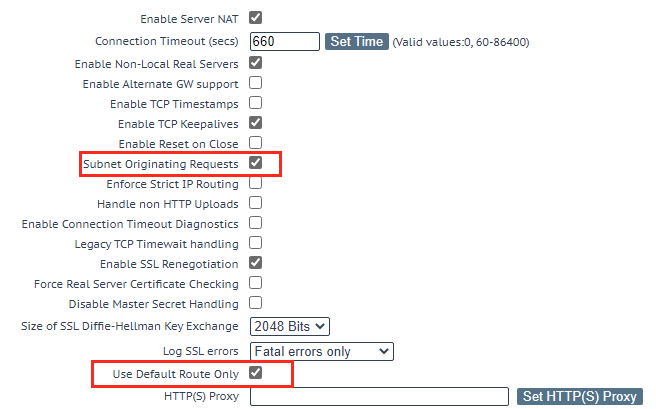 Quote
« You only find out who is swimming naked when the tide goes out. »
Warren Buffett